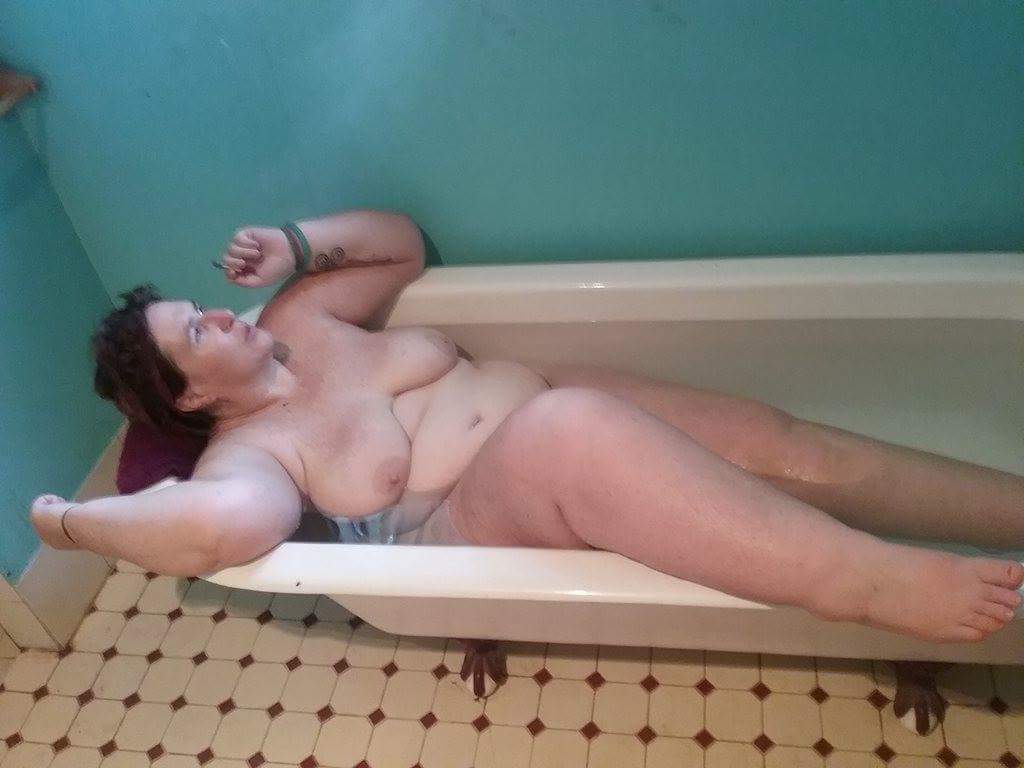 So, around Christmas 2015, I just decided to let it all hang out online, temporarily.

If the Universe had cursed me with a degenerative incurable fat disorder that was rapidly making me immobile, I was going to accept it and get on with living life.

Maybe, if my hubby The Fenian and I took photos of me doing ordinary things, bathing, eating, travelling, swimming, etc and posted them on Instagram or tumblr, my body image and that of other lipoedema sufferers would become normalised.

If I was going to be forced to live with lipoedema then the internet fat-shamers were going to have to become educated about Painful Fat Syndrome and accept me also.

Solidarity, sisters! Where are the modern Rubenesque paintings of lush thighs and dimpled bottoms?

Women in the Victorian era strapped pads to their thighs and metal cages to their arses to make them appear like walking talking butternut squashes the same way Nature shaped me in the 20th Century.

Check out the beautiful photographs taken by Leonard Nimoy of ample-figured women.

We exist and believe it or not, there’s room for all of us – even with bingo wings.

As you can see from the photo, I have lipoedema in my arms, also.

Thankfully, since the liposuction operations on my legs, my lymph system and overall measurements have reduced and I can now once again buy and wear garments that have sleeves, instead of waving my jiggly fidoobiders around like two overcooked sides of boiling bacon.

Movements like Free The Nipple and mybodygallery.com are designed to liberate women from expectations of body image.

Hyper-sexualisation of the breasts we’ve developed to nurture our babies is exacerbated by men of religion who legislate their hang ups with censorship or in some regimes, stoning to death of women they regard as immodest.

Observing our bodies in their naked state reminds ourselves as a diverse human species inhabiting every corner of the globe that beauty is in the eye of the beholder.

The sight of a naked fellow human being, no matter their size, shouldn’t be a shocking thing.

We’ve conditioned ourselves to be shamed by the vessel that houses our spirit and our spirits and our minds are the poorer for the shame.

Variety is the spice of life, despite Miss Universe pageants and Victoria’s Secret marketing.

So, in the spirit of Annie Sprinkle demystifying the female body, I bravely made my nude bath photo my twitter avatar as a mini social experiment.

In fact, the internet was too polite to mention it – I had over 1000 twitter followers at the time and barely anyone mentioned one Saturday afternoon that I’d changed my profile pic to that of a tattooed middle-aged morbidly obese woman (with tits and belly that showcased evidence of diligent engagement of six children, a nephew and occasional grandchild) *apparently smoking medicinal cannabis (which remains illegal and blocked by bureaucracy in Australia) in a clawfoot bath.

I chose the bath because it had become my permanent refuge, the water helped my lymph circulation and eased the chronic pain from aching heavy legs and the struggle to pull 125kg around.

I was in the bath more often than anywhere else, although “in bed” and “helped into and out of the recliner” were my other main hangouts.

(In our house in Tasmania, hubby The Fenian had installed a corner spa – although I’m a Greenie and all for water economy I can’t recommend a cool spa for swollen legs and lipoedema highly enough.)

My legs and buttocks had become so large by 2015, I could barely fit in the bath.

In fact, I had to stand up to drain all the water when I pulled the plug – I was a blancmange-like dam.  Any top up of hot water never reached the cooling pool between my bum and the non-tap end of the bathtub.

I’d joked for years I was more dugong than woman, unhappy on land. If only I could stay in my tank.

But back to my bath photo – so much for provoking art, photography, debate and education, people were too embarrassed at the sight of me to engage!

So, this is what a woman with lipoedema taking a bath looks like. Live with it.

I’ll post an updated nudie bathtub pic soon – I’m much smaller and rapt with my transformation but still “fat” by trumpism standards.

This is about women’s health, not the usual shallow misogynistic magazine wankfluff article on “beach bodies” with genetically blessed and silicone enhanced celebrities in designer floss.

The stigma of being “overweight”, whether by lifestyle choices or fat disorders, won’t disappear until we all let it all hang out.

Dress size doesn’t mean a thing, other than inconvenience if you can’t sew nor shop off the rack.

It’s about mobility & fitness & confidence and being able to hang out with my family & cycle and walk my dogs – I don’t need to kid myself that if I was size 8 my life would suddenly become wonderful.

My physical independence has been restored – that makes my life wonderful.